“Do or do not. There is no try” – Yoda
Skip to content
Mentoring/Consulting: Fergie

A DJ since he was 14, Fergie became one of the first true superstars of the genre; a BBC Radio 1 presenter for over four years, a Mixmag columnist, an award-winning producer and remixer, a record label owner, and an electronic dance music pioneer. He has been an internationally touring DJ and a music producer for over 20 years heading major venues and events including the Hakkasan Nightclub at the MGM Grand and at the Omnia nightclub of Caesars Palace in Las Vegas. 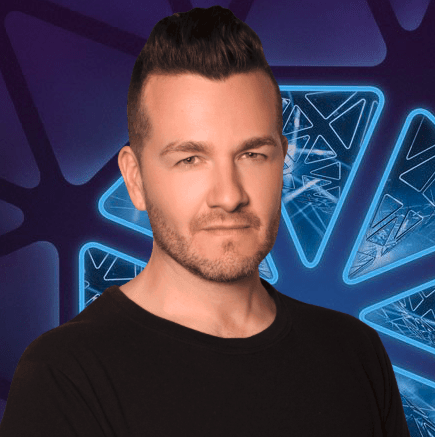 Get your future in motion now, stop working alone and gain the wisdom, knowledge and advantage of experience. Book your appointment in the calendar below and step on the gas!

Book now or select tabs and learn more. Ask the community, search the FAQ, find pricing, submit questions, and tell us more about yourself to help us deliver at the highest level for you.

Welcome to our booking system. Just follow these simple steps.
Select Location (MusicAlliance.com)
Select the individual you are booking an appointment with
Select the level of service you wish to arrange.
Select the available dates and times. If you are booking recurring sessions they will be repeated weekly until completed
Complete the personal information form and confirm your booking.
Please complete/submit the mentoring questionnaire included below. Set your future in motion with vision.
Redirecting...

A DJ since he was barely a teenager who became one of the first true superstar DJs, a BBC Radio 1 presenter for over four years, a Mixmag columnist, an award winning producer and remixer, a record label owner, an electronic dance-music pioneer – is there anything Fergie dj hasn’t ticked off the list? (Well there was that offer of a reality TV show which he turned down but that’s another story.)

Fergie dj has had many sounds, identities and even a brief name change over the course of a career that began over twenty years ago back home in Northern Ireland but has undoubtedly remained one of dance-music’s most controversial, most successful and most loved characters. 2012 marked the beginning of a new chapter of his incredible story when he left Europe and headed for a new home, the hedonistic party capital of the world: Las Vegas. With his most audacious move yet came a bold new sound and another chameleon-like reinvention to go with it. The three illustrious DJ residencies he now holds in America is unprecedented: at the iconic Wet Republic pool party, the HQ Nightclub in Atlantic City and the newly-opened Hakkasan Las Vegas Nightclub. Hakkasan Las Vegas is an ambitious concept that Fergie dj will be a central part of and will see him tailor his DJ performances to suit the unique capabilities of a venue which is set to become one of the top nightlife experiences in the world.

Residencies have always been a key part of Fergie dj’s career; Trade in London was where his career took off and his ascent to global stardom was continued in Ibiza where he was a resident for Godskitchen at one of the island’s oldest and renowned clubs, Amnesia. Along his eventful journey to the top there’s been some extraordinary milestones. He remains the highest new entry of all time in DJ Mag’s “Top 100 DJs” poll (at number eight in 2000). As well as his weekly BBC Radio 1 show that championed fresh underground sounds to literally millions of listeners, his thirteen DJ mixes for the world renowned “Essential Mix” show on the same station makes him one of the most featured DJs of it’s ten year history. In the studio he’s remixed a diverse range of acts and artists, from the Pet Shop Boys and Tears For Fears to Umek and UNKLE. He’s headlined the world’s most famous clubs and festivals; from the Berlin Love Parade (on the back of a moving float playing to over one million revellers) and in Argentina with Moby and over 50,000 party people, to the muddy fields of the Glastonbury festival. He’s even won the world’s biggest DJ competition, beating Fatboy Slim, Carl Cox and Darren Emerson (ex-Underworld) to the crown.

Fergie dj is still keeping people dancing to the beat of his own drum. Now working with Studio DMI, new songs will be available soon. Keep track of his wacky ways on Facebook or Twitter using “fergiedj”.

It all starts with getting to know one another, so please let us know more about you and your vision.

Join Us For Our Monthly Meet-Up/Webinars

Join Us for 60 Meet-Up Events a Year

Join Us for 60 Meet-Up Events a Year

…and all year long in Slack Collaboration Channels. Engage with talented and focused, like minded peers for networking, exploration, conversation and learning.

Explore creativity, performance and marketing your music. Connect with the people who are doing it and be part of the conversation.

The history of music is married to music-making technology. Often the difference maker for new artists and producers.  Join and share discussion, concepts, reveals, deals, technique and technology

Social Media for Artists and Producers

Want success on social media? You need to know what matters most. There is no shortage of platforms to invest in. But it comes back to your audience. Are you getting to them?

My Home Studio – Preparing for Success

Acoustics, electronics, and designing the mix environment. Understand sound, make it your friend. Work through the challenges and create that special place to create, to work, to be inspired.

Songs, how to build them, how to target markets. We will break down music including some of yours. Explore genres and commercial formulas. Find inspiration, ideas. Connect, collaborate, and evolve our talents.

Trap, Bass, Techno, Trance, Glitch Hop, House, So many genres but what are the musical elements that  go into them ? We break it down, and explore the creation of the styles and hybrids.