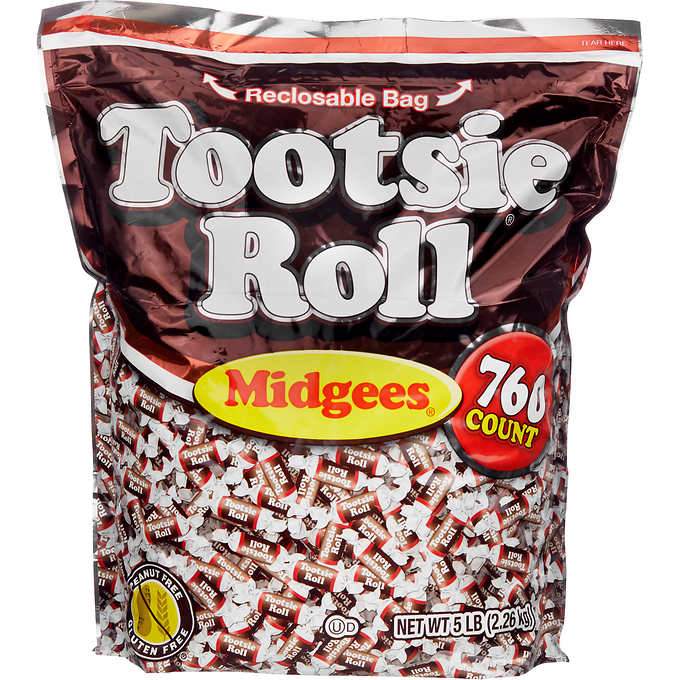 According to the official company history,[3] founder Leo Hirschfield (spelled Hirshfield in Tootsie Industries history) was an Austrian Jewish immigrant to the United States of America,[4] son of an Austrian candy maker. He started his own career in the candy business at a small shop or factory located in New York City during 1896. He was employed in a senior position at the Stern & Saalberg company in Manhattan, New York, owned by Julius Stern and Jacob Saalberg, for many years.

The first candy that Hirschfield created was Bromangelon Jelly Powder. He completed the invention of Tootsie Rolls in 1907, after patenting a technique to give them their unique texture. He named the candy after his daughter Clara, whose nickname was “Tootsie”.[citation needed] The first Tootsie Rolls were marketed commercially in September 1908. Hirschfeld became vice-president of the company, which changed its name to Sweets Company of America in 1917 around the time of the retirement of founders Stern and Saalberg. Hirschfield resigned or was fired in 1920, and subsequently started Mells Candy. On January 14, 1922, in his room at the Monterey Hotel in Manhattan, he shot himself to death, leaving a note saying that he was “sorry, but could not help it.”[6]

In 1935, the company was in serious difficulty. Tootsie Roll’s principal supplier of paper boxes, Joseph Rubin & Sons of Brooklyn, concerned about the possible loss of an important customer, decided to acquire the troubled company. The company was listed on the New York Stock Exchange, but Bernard D. Rubin acquired a list of shareholders and approached them in person in order to purchase their shares. The Rubin family eventually achieved control of Tootsie Roll and agreed that Bernard Rubin would run the company as president. Under his leadership, the company was able to steadily increase sales and restore profits by changing the formula of the Tootsie Roll and increasing its size. Additionally, Rubin moved the company from Manhattan to a much larger plant in Hoboken, New Jersey, and guided the company successfully through the difficult war years during which vital raw materials were in short supply. When he died in 1948, he had increased the sales volume twelve-fold.

After Bernard Rubin’s death, his brother William B. Rubin served as president until 1962, when William’s daughter Ellen Rubin Gordon took control. As of August 2015, she is chairman and CEO of the company,[7] having succeeded her late husband, Melvin Gordon, who was Chairman and CEO for many years.[8]

Tootsie Roll Industries (name adopted in 1966) is one of the largest candy manufacturers in the world. Approximately 64 million Tootsie Rolls are made daily.[9]

According to the company website, the original recipe calls for the inclusion of the previous day’s batch, a graining process that continues to this day. “As such, there’s (theoretically) a bit of Leo’s very first Tootsie Roll in every one of the sixty four million Tootsie Rolls that Tootsie produces each day.”[10]